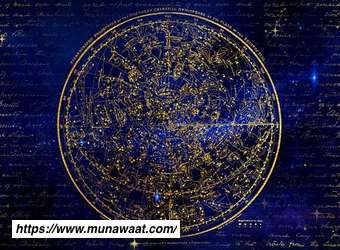 There are 12 constellations in the zodiac, and they cover a portion of them. The constellations also bear the names of animals, objects, religious and mythological figures. Each of them has 30 degrees of arc on the suns path, and the latter passes one sign in a solar month; the solar months are called in the heliometric calendar in this twelve zodiac.
Later, Babylonian astrology was influenced by Hellenistic culture. According to astrology, celestial phenomena are associated with human activity, so signs are considered to express distinct patterns of expression.

Recent discoveries about the true nature of celestial masses have undermined the theoretical basis for astrological signs and experimental. Scientific research has shown that predictions and recommendations based on these constellations are not accurate. Astrology is generally considered a pseudoscience.

Constellations
There are twelve signs that astrologers use.

The history of the zodiac
Babylonian, Greek, and ancient Egyptian influences
Although Europe took astrological signs from the Greeks and Romans, its origins date back to the era of Babylon. Some ancient manuscripts refer to the signs of the Sumerian constellations, so we cannot say that the constellations` origin is Sumerian. The division of the circle of heaven into 12 equal parts goes back to Babylonian manuscripts

By the fourth century BC, the science of the Babylonian star was influencing Greek culture. By the second century BC, the ancient Egyptians had mixed astrology with Babylonian astrology. According to Babylonian culture, a link was established between the star systems, the celestial planets, the date of human birth, and astrology was invented using straight insight (the degree of the height of the heavenly circle at the time of birth.) and its relationship to the twelve constellations. There was also a link between astrological signs; Greek philosophy claimed that the universe consists of four elements (water, air, fire, and earth). Therefore, symbols known to this day for astrological signs were introduced.

Astrological signs in modern science
In science, astrology and beliefs of the zodiac are pseudoscience's. The constellations failed to obtain any scientific evidence; it has been proven that the predictability through signs does not exceed the expectations of chance, as in the research of twins conducted by researchers from George August University on 234 twins. One would expect this if one expected something random in terms of the percentage of correct expectations.

Furer and Berstein created two similar tests, the first related to the zodiac, if he wrote certain random predictions and presented them to his students for many years, and asked them to match them with their personality on a scale of 0 to 5, so the rate he got from his summary of his experiences was 4.2, and thus the effect became known as the effect. Looking to match people with what is expected of them, whether in horoscopes, psychoanalysis, or other things. As for Burstein, he created a general scale to test the validity of any methods, which claims the ability to analyze characters or predict the future and astrology, has failed to succeed on this scale.

Belief in astrology is very harmful, as Japan recorded a 25% drop in births and abortions of 500,000 newborns in a year that astrologers expected to be a bad year for women, specifically 1966 in what is known in the Japanese zodiac as the year of the fire horse. This is if we exclude the damage to relationships, work, and personal decisions that occur in different parts of the world due to people's beliefs in the horoscopes and their fear or determination to do certain things based on those beliefs. It should be noted that there are major errors in the currently approved astrological calculations in the constellations, for example, that a person's horoscope changes every 18 years, or that the number of constellations is 13 and not 12. The beginnings and endings are also completely different when taken into account scientifically 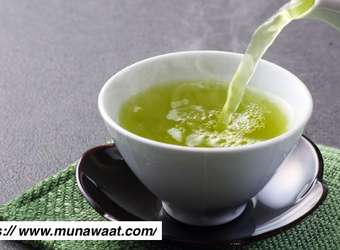