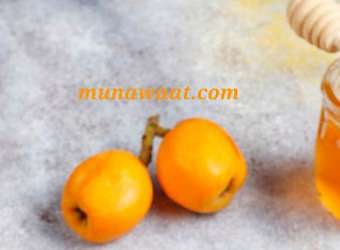 Pomla, medlar, or Indian apricot: - It is a plant genus that follows the flowering family of the order Rosacea. Eriobotrya is an evergreen tree, and the tree gives small, oval-shaped, yellow fruits when ripe.
It is known in some local dialects as Aki Dunya, Loquatia, and Nasbuli and is also called Bossa in Tunisia and Arnott in some other local dialects, and is known in Morocco by the name of humor. The origin of the name is Aki Dunya Turki, meaning the New World.

Supporting liver function
The liver is one of the important organs in the human body because it purifies the body from waste and toxic substances. The liver may sometimes be exposed to double pressure that prevents it from performing its functions. The role of the loquat leaf enhances the liver, due to its high content of amygdalin that supports the liver and helps it to perform its functions better.

Promote respiratory health
Traditional use of loquat leaves is a natural recipe for treating many respiratory problems, such as congestion, cough, allergies, and lung problems.

Loquat benefits for skin diseases
Skin moisturizers made with loquat leaf extract may be very helpful in relieving any irritation if applied to the injury. A cup of boiled loquat leaves also has great benefits for the skin in general, as it contains high levels of antioxidants. Some believe that eating loquat leaf boiled helps relieve gum infections and the resulting pain.
Enhance brain health
Researchers believe that one of the most important causes of brain damage and poor quality of its normal function is the defect that affects nerve cells as a result of their increased exposure to free radicals with age, and because of the antioxidant properties of loquat leaves, eating these leaves may help maintain brain health.

Cold treatment
Some research and studies have proven that loquat leaves have properties that relieve the symptoms of infectious diseases such as colds and may protect a person from a cold.
It is good for bones.
When getting old, bones become vulnerable to Osteoporosis
than before, and bone tissue density naturally decreases, especially in postmenopausal women because of the decrease in the level of estrogen in the body. Studies recently showed that boiled loquat leaves may reduce the damage that is caused by low estrogen.
The health benefits of loquat
It reduces blood pressure and protects the heart.
Loquat contains potassium, which acts as a vasodilator in the cardiovascular system. By reducing pressure and stress on blood vessels and arteries, potassium can reduce blood pressure and protect the heart.

Prevent diabetes
Loquat tea is often suggested to prevent or treat diabetes because it has been shown that blood sugar levels drop when consumed regularly. The organic compounds in loquat tea can regulate insulin and glucose levels, which helps prevent diabetes.
Good for skin health
It contains Vitamin A, which increases moisture and thus promotes healthy skin. Plus, it contains a good amount of antioxidants that protect against aging.

What are the benefits of loquat for sex?
Loquat contains vitamin C, calcium, iron, potassium, phosphorous, zinc, and other nutrients, and these minerals improve sexual function and performance 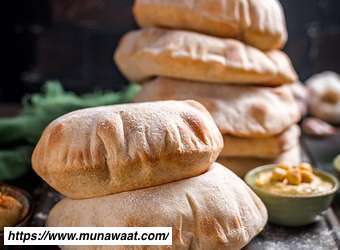 How to Make Bread in Healthy Ways

How to Make Perfect Bread at Home? No doubt, hundreds of bakeries make bread and sell it to their customers. …