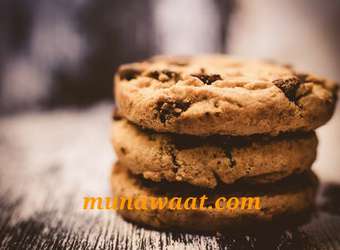 Delicious sweets to eat with coffee

HOW TO PREPARE AL GHRAYBEH

How to prepare
•    Mix the butter and sugar together until they are white in color.
•    Then we add flour gradually ( it is possible to increase the amount of flour according to the type of flour)
•    And then we shape it into circles or linear or letter shapes
•    Then we put it in the oven at a temperature of 180 degrees for 10 minutes

How to prepare Petit Four

How to prepare
Whisk the butter well in the mixer, then put the sugar and continue stirring, then put the eggs. Then vanilla and flour with baking powder until homogeneous. Then we form the dough with the shapes specified for the Petit Four and put it in the oven at a temperature of 160 degrees for ten minutes and leave it until it cools. Then we stuff the petit four with jam, close it and decorate it with jam and coconut or wrapping with chocolate.

We will talk about the delicious Al-Barazak Shamiya,how to prepare in an easy and simple way

• Sugar syrup and sesame for the face

• Mix the oil and sugar well, then add the eggs and vanilla and keep stirring

• Then we add the flour to the previous mixture and knead together, then make circles on which we press lightly, then spread them with the diameter and sprinkle on the sesame face

• And we put it in the oven at a temperature of 160 degrees for 10 minutes, until it has browned from the bottom and then we out the tray at the top of the oven to broil the top until it’s also browned.

How to prepare Donut

To make the cheese sauce

To make the dough 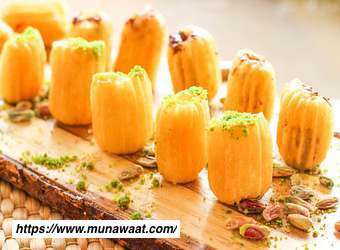