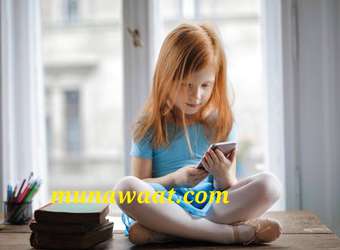 It is an admitted phenomenon that every invention has some pros and cons. The same case is with a mobile phone.
No doubt, it is like a mini-computer. Whether you want to make a call or explore something on the internet, you can do everything using a cell phone. On the other hand, it has wrapped some harmful impacts in itself.
Aside from adults, the disadvantages of using phones for long hours for children are very risky. Are you going to purchase a phone for your youngest daughter? Or do you have a kid using the phone for a long time? In both situations, you must think twice before making a decision.
In this writing piece, you will learn about the top cons of using phones for a great time for your kids. So let’s get started!

In this technological world, updates in mobile phones are increasing day by day. These updates make their functionality better. On the other hand, this evolving technology has worse impacts day by day on human beings, including kids.
For example, radiation produced through cell phones' blue light is hazardous. It assists disease to damage the health of children. Some of the main ailments produced by using phones are presented below.

Radiations of mobile phones prove carcinogenic for humans. It exerts hazardous results on elders. The risk of absorbing radiation into the brain of children is sixty percent higher for adults. Therefore, when they reach the brain, it absorbs in the brain tissues, skins, bones, etc. As a result, this carcinogenic tends to violate children's developing nervous system.

One of the major disadvantages of using phones is the creation of problems in kids’ learning process and behavior. Furthermore, the penetration of radio ways disturbs overall brain health.
According to research, if a kid uses a mobile phone just for two minutes, the electoral ability of children shifts from the standard order.

From brain to ear, the possibility of building non-malignant tumors in kids is greater than in elders. So you must keep away phones from your children. Otherwise, you and your children may face various risks regarding tumors.

In this modern world, every kid has a mobile phone. Some of them are used for watching cartoons. On the other side, some play video games on it.
In both situations, phones disturb the sleeping schedule. For example, if your child is crazy to see cartoons, he will watch till late at night. Alongside it, the blue light of the phone creates a greater risk for the eyes of your children. So try to avoid giving phones to your kids.

These days, most children start to drive either car or bike in their early stages of life. Next, they do not switch off their phones during driving.
As a result, when they constantly use mobile phones, they ignore most traffic rules. Their eyes are mobile, and they do not know about road situations. Then, many accidents happen, and reckless driving, mainly because of mobile phones, leads to the death of many children who drive either to go to school or the market.

Like youngsters, children are also addicted to mobile phones. As a consequence, they ignore their studies completely.
For example, they listen to music. In addition, kids capture or watch photos or videos respectively. Moreover, they indulge in chatting or making calls with their friends. Hence, they do not have enough time to prepare for exams, which further leads to their failure in their classes.

It is an obvious point that when a person uses a mobile phone for a long time, they cannot give time to their families. Furthermore, they do not know about the importance of family in their lives.
Parents must arrange a combined meal for all family members to avoid this situation. In family time, their mobile phone should switch off. You should encourage them to participate in the family discussion that will further help develop their personalities.

It is a rising problem that using electronic devices in examination halls is very common. The reason behind this issue is that children use phones for excessive time. So, they do not pay attention to their studies.
For getting help to pass the exam, they utilize mobile phones. On the internet, everything is available related to the course of children. Parents should not give cell phones to their children. This cooperation with the education department can decrease the disadvantage of using phones.

Before a few years, a person can buy a mobile phone for a bit of money. In this present era, the expense of mobile phones is constantly rising. A bundle of thousands is not enough to get the latest brand of particular phones.
Furthermore, new mobile phones models are constantly coming into existence. Some parents buy these cell phones for their children. When other kids see the latest mobile, they ask their parents to buy it. Therefore, the mobile phone has become an ongoing expense for parents.

In conclusion, we can say that the disadvantages of using phones for long hours for children are incredibly significant. This burning situation needs some solution on an immediate basis.
In this piece of writing, we have described the major cons of cell phones for kids. We hope you have grabbed some benignant knowledge from this informative post.
Now go off, be strict on your children and do not give them mobile for a long time. If you do not follow the abovementioned advice, your children may face health, academics, or mood problems. 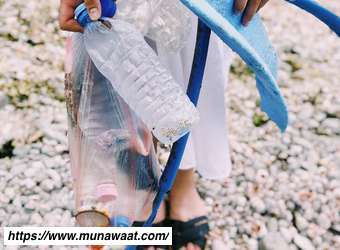 How to Keep Environment Clean

Straws, to-go cups, disposable razors, and plastic grocery bags are some single-use products. Anyone cannot use these things more than …