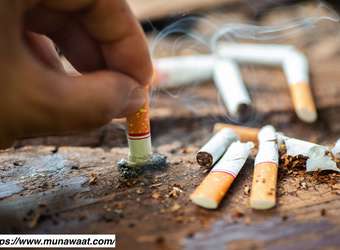 Smoking is considered the most dangerous human habit that affects human psychological and physical health, and its impact extends on the social level with the friends and family of the smoker.

On the health side, smoking is considered the most common cause of heart attacks or strokes.

Smoking may lead to very serious diseases, such as lung, laryngeal, or oral cancer, and the effect of passive smoking extends to high blood pressure and peripheral arterial disease.

Below we show you the most 8 dangerous health diseases caused by smoking:

Smoking, with the passage of its addiction for years, leads to the destruction of the so-called functional units in the lung, and this leads to damage to the basic function of the lung, which is the process of breathing, which results in several effects, the most important of which is bronchitis, which leads to chronic obstructive pulmonary disease.

2) Smokers are more likely to get cancer

The negative impact of smoking extends to the risk of heart disease, and it has been scientifically proven that the risk of a heart attack in smokers is twice that of the average person.

4) The health impact of smoking extends to pregnancy and fertility

It was found healthy and aware that the risk of smoking for pregnant women is a negative risk, as pregnant women who smoke give birth to children of less weight and the fetuses during pregnancy are smaller than they are, and thus the rate of abortion increases.

5) The effect of smoking on aesthetic health

The effect of smoking on a person’s beauty and aesthetic health, so that their teeth are yellow over time and turn brown, and you also find that smokers do not care most of about oral hygiene.

7) Smoking affects the basic function of the liver

The main function of the liver is to get rid of toxins that may enter the body, and since smoking means the entry of millions of harmful chemical components into the body, the most important of which is nicotine or exaggeration. Completely eliminating toxins and thus weakening liver function, weakening the immune system. 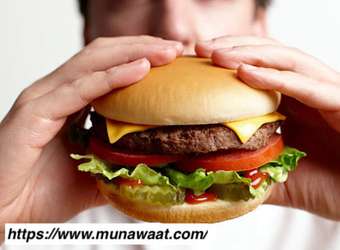 The worst thing is that you acquire wrong eating habits because this will affect your diet and your health, for …

Bullying and Its Big Dangers for Children

Bullying may lead to potential negative risks, the impact of which varies from one individual to another, and also varies …