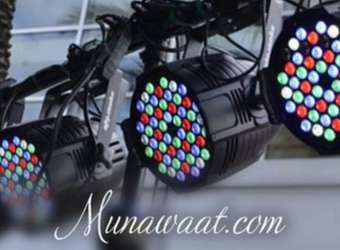 When it comes to rap, there are a few names that immediately come to mind. 2pac, Snoop Dogg, Ice Cube, and Wegz are just a few of the most famous and successful rappers in the world. But what exactly is rap?

Rap is a genre of music that emerged in the early 1970s. It is characterized by rhyming lyrics delivered over a driving beat.

Rap music has its roots in African American culture, but it has since become popular among people of all backgrounds.

Today, rap is one of the most popular genres of music in the world. It continues to evolve and change, incorporating new sounds and styles.

But at its core, rap is still about rhyming lyrics and a driving beat. So if you're looking to get into rap, or just want to know more about the genre, be sure to check out some of the biggest names in the game.

2pac was an American rapper who rose to prominence in the early 1990s with his debut album 2Pacalypse now.

He achieved mainstream success with his follow-up albums Me against the World and All Eyez on Me, becoming one of the best-selling music artists of all time. His double-disc album All Eyez on Me is one of the few hip hop albums to be certified diamond.

During his career, 2pac was a member of the rap group Digital Underground and also collaborated with many other artists, including The Notorious B.I.G., Dr. Dre, Snoop Dogg, and Eminem.

His work has been heavily influenced by political and social issues, and he is considered one of the most controversial and influential rappers of all time.

His father, Billy Garland, was mostly absent from his life. 2pac grew up in poverty and experienced several traumatic events during his childhood, including witnessing his mother being abused by an intimate partner and being shot himself when he was just five years old.

As a teenager, 2pac began to get involved in petty crime and gang activity. In 1993, he was arrested on charges of sexual assault and served time in prison. After his release, he moved to California to pursue his music career.

2pac released his debut album 2Pacalypse now in 1991. The album was highly controversial for its graphic depictions of violence and drug use, but it was also a critical and commercial success.

In 1996, 2pac was fatally shot in Las Vegas, Nevada. His murder has never been solved, and there are many theories about who killed him.

Despite his death, 2pac remains one of the most popular and influential rappers of all time. His music has been posthumously released, and he has been inducted into the Rock and Roll Hall of Fame.

Snoop Dogg is one of the most popular and well-known rappers in the world. He has released numerous albums and singles and has guest-starred on many television shows and movies.

He is also a marijuana enthusiast and has his own line of cannabis products. In this article, we'll take a look at the life and career of Snoop Dogg.

Snoop Dogg has sold over thirty-three million albums worldwide and has won several awards, including multiple Grammy nominations. In 2007, he was inducted into the VH1 Hip Hop Honors Hall of Fame.

In addition to his music career, Snoop Dogg has also appeared in a number of films and television shows. He made his acting debut in the film "Bones" (2001), and has since appeared in such films as "Training Day" (2001), "Starsky & Hutch" (2004), and "Old School" (2003). He has also guest-starred on several television shows, including "The L Word" and "Weeds."

If you're a fan of rap music, then you definitely know who Snoop Dogg is. This legendary rapper has been entertaining fans for over two decades and shows no signs of slowing down.

In this article, we've taken a look at the life and career of Snoop Dogg. From his humble beginnings in Long Beach, California, to his current status as a rap icon, Snoop Dogg is definitely one of the most successful and well-known rappers in the world.

O'Shea Jackson, better known by his stage name Ice Cube, is an American rapper and actor. He began his career as a member of the hip-hop group C.I.A. and later joined the seminal gangsta rap group N.W.A.

After leaving N.W.In December 1989, he built a successful solo career in music and films such as Boyz n the Hood, Friday, and Anaconda.

In addition to his musical achievements, Ice Cube is also a prominent actor, having starred in films such as 21 Jump Street and Ride Along. He has also had roles in television shows such as Are We There Yet? And Black Jesus.

O'Shea Jackson was born on June 15, 1969, in Los Angeles, California. His mother, Doris Benjamin, was a drug counselor, and his father, Hosea Jackson, was a Crip gang member who was serving time in prison for drug-related charges when O'Shea was born. As a result, he was raised by his mother and grandmother.

Jackson developed an interest in rap music at an early age and would often freestyle with friends. He began writing his own songs in high school.

After graduating from high school in 1986, he enrolled at the University of California, Los Angeles (UCLA) on a student-athlete scholarship. However, he dropped out after one semester to focus on his music career.

In the early 1990s, Jackson met rapper Ice Cube, who was impressed by Jackson's rapping skills and helped him get his start in the music industry.

Jackson made his rap debut on Ice Cube's 1991 album "Death Certificate" with the song "My Summer Vacation." He also appeared on the album's sequel, "The Predator," in 1992.

In 1993, Jackson released his own album, "Lethal Injection." The album was a critical and commercial success, reaching platinum status. It featured the hit single "It Was a Good Day," which became one of Jackson's signature songs.

Jackson's next album, "Kill at Will," was released in 1990. The album was a moderate success, but its single "Endangered Species (Tales from the Darkside)" became a hit.

After a six-year hiatus, Jackson returned to music with his fifth album, "Raw Footage," in 2008. The album was a commercial success, reaching number two on the Billboard 200 chart. It featured the hit single "I Wanna Rock."

Jackson has also released several mixtapes and collaborated with other artists on numerous songs. He is considered one of the most successful West Coast rappers of all time.

Wegz is an Egyptian trap artist who is quickly making a name for himself in the music industry. Born and raised in Alexandria, Egypt, Wegz began making music at a young age and has been perfecting his craft ever since.

With a unique blend of Arabic and English lyrics, Wegz is able to reach a wide audience with his music. He is currently signed to Music Matters Entertainment and is working on his debut album, which is set to be released later this year.

In addition to his work as a recording artist, Wegz is also an accomplished producer and songwriter. He has produced tracks for other artists as well as for film and television.

His production credits include work on the soundtracks for the films "The Overnight" and "The Dictator". Wegz is also a member of the rap group Blackout Clan, which has released two albums. Wegz is an incredibly talented artist with a bright future ahead of him.

We’ve looked at some of the biggest names in rap and how their content has changed over time. While it’s impossible to say for certain what will happen in the future, it seems that artists are starting to move away from violence and negativity and towards more positive messages.

This is a good thing, both for society as a whole and for the rap industry itself. What do you think about these changes? Are there any other rappers you would add to this list? Let us know in the comments below. 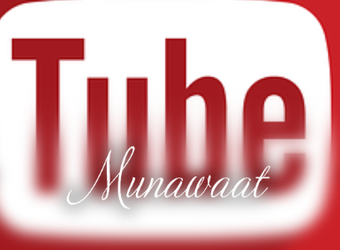 YouTubers are some of the most popular content creators on the internet. With billions of views and millions of subscribers, … 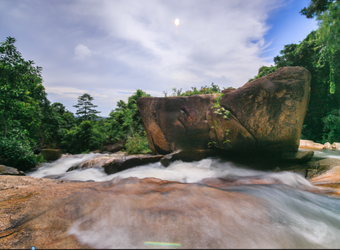 Music has been used as a treatment for many psychological and organic diseases since ancient times, and the philosopher (Caspo …